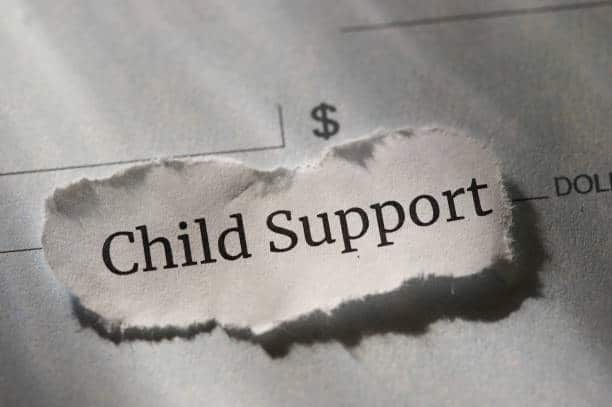 When parents get divorced, one of the first questions we’re often asked is: how much does child support cost in Tennessee?

The short answer is: it depends.

The long answer takes a bit more explanation, as no two orders of child support look the same. Ultimately, your bottom line will be influenced by a number of individual factors in your situation. Two of the biggest being the combined income of you and your spouse, as well as the number of children you both have together.

Child support refers to the regular payments a judge requires parents to make, which go toward the support of their child, typically post-divorce.

In Tennessee, both spouses are equally accountable for meeting the financial obligations of parenthood, which means both can be required to make payments. However, more often than not, it’s the alternative residency parent (or “ARP”) who shoulders the cost. This is because they do not have the same financial burdens that custodial parents have, as primary caretakers.

Your judge will have the final discretion in assigning child support payments, as well as their frequency and amount. This will be done using the Tennessee state child support guidelines, and their own savvy analysis of your situation.

Tennessee calculates child support payments based on an income share model. This method assumes that a child should receive the same share of their parent’s income in divorce, as they would have received if their parents had stayed together.

To calculate that amount, the court takes the total combined income for both spouses, and subtracts deductions to determine their adjusted gross income (or “AGI”). That total will then be adjusted based both on the number of children the couple shares, and in consideration of their custody and visitation schedule.

In “financial speak,” a person’s “adjusted gross income” refers to their financial increase, minus deductions. To figure out this total for purposes of child support, the first step is to add up every source of income a couple has—and by “every source,” the court means all of it.

Combined income includes: salaries, wages, tips, commissions, bonuses, pensions (and other retirement plans), social security payouts, unemployment, workers compensation, any alimony from a previous marriage, investments, as well as anything else that might make the

numbers in your account tick higher—even that winning lottery ticket.

With your total income in hand, the court will then adjust the amount by the applicable “credit” deductions. In Tennessee, these credits are used to reduce the overall amount of gross income that can be counted toward child support.

Deductions that qualify for AGI credit include:

A parent who is paying child support from another order will be able to deduct the entire amount, in full, from their AGI.

For children who are living outside the home (but who are still supported by one or both parents), you will need to provide the court with physical evidence of your expenditures (such as receipts, cancelled checks, money orders, etc.), otherwise, your judge may not approve the full amount.

Who Pays for Child Support?

After all these numbers have been added, and the proper deductions made, your judge will then cross reference your AGI against your parenting schedule, to determine which of you needs to pay, and how much.

While it’s technically possible for both spouses to be ordered to make payments, most often, it ends up being the parent who does not have the child living with them full time. And the reason for this is simple: children are quite expensive.

While primary resident parents may have the joy of tucking their child into bed most nights, they’re also the ones shouldering the bulk of their child’s day-to-day expenses—costs that the alternative parent doesn’t have. Hence, requiring the ARP to make child support payments evens the scales a bit, ensuring that both parents are equally responsible for meeting their child’s fiduciary needs—regardless of whose roof they’re under.

Can Fault Affect Who Has to Pay?

As one of the few remaining states that still allows fault-based divorces, it makes sense that a divorcing Tennessee couple might wonder about how blame could affect their outcome. However, in terms of child support, couples need not worry.

Under Tennessee jurisdiction, a verdict of fault is more likely to influence things like alimony (or, “spousal support”), and child custody (when the fault caused harm to the child). It does not typically play a role in either the division of marital assets, or child support.

That being said, if the fault in question impacted your custody arrangement, you could indirectly end up paying more in child support, since the amount of time you spend with your child directly influences how much an ARP is required to pay.

How Long Does Child Support Last?

According to Tennessee state law, orders of child support are mandatory until the child turns eighteen, or graduates from high school (whichever comes first). The only time this might be different is if:

Any stipulations for extending payments will need to be in writing, as a part of your parenting plan. Parents are always free to give more in child support, but never less.

We should emphasize that child support isn’t optional—in fact, none of the terms of your parenting plan are. Once your judge incorporates this agreement into your final order, it will be as enforceable as any other law.

To ensure full and timely payments from delinquent parents, Tennessee officials have the option to:

If these things aren’t motivation enough, offending parents could even find themselves with jail time and hefty fines—which, naturally, would need to be paid in addition to any other support already owed.

On the flip side, failure to pay child support does not give custodial parents the right to withhold visitation, either, and doing so could actually impact your own time under your parenting plan. If you are having problems in this area, there are legitimate methods for pursuing relief that won’t put your own rights in danger.

Modifying an Order of Support

Of course, the court understands that life is unpredictable. If there are legitimate circumstances keeping you from fulfilling your child support obligations, talk to your family law attorney to see what options you might have in modifying your agreement.

As a parent, you want what’s best for your child, but figuring out what that might be during divorce isn’t always easy. Luckily, you don’t have to do it alone.

If you have more questions about how much child support costs in Tennessee, and how your divorce will be impacted by these decisions, we want to hear from you. Call the Byrd Law team at 423-304-6827, or contact us online, and together, we can make sure your child receives the continued support they deserve.