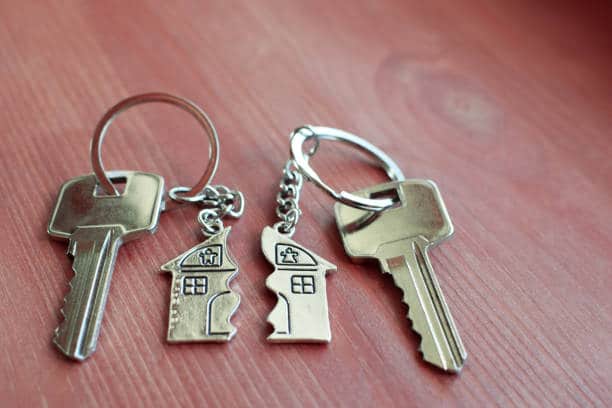 The classification and division of marital property is one the main reasons it takes so long to finalize a divorce. (After all, figuring out what’s “his,” “hers,” and “ours” isn’t easy when you’ve been mixing assets for decades.)

Like a feuding marriage duo, there are two competing approaches for dealing with the division of marital property in the United States. Most jurisdictions have adopted the laws of equitable distribution, which attempts to divide assets fairly—but not always equally—between partners. Only a handful of states (nine, to be exact) follow the laws of community property, instead.

But which one can you expect from your divorce? Is Tennessee a community property state? Or does it favor equitable distribution?

Is Tennessee a Community Property State?

To answer the question simply, no. Tennessee is not a community property state.

Like most states in the Union, Tennessee has adopted equitable distribution as its governing law, which strives to make things equitable, not equal, between divorcing partners—a subtle, but important distinction.

While fifty-fifty is usually the starting point, courts in an equitable distribution state are free to adjust amounts up or down, in order to make things as fair as possible. This gives them the liberty to account for any intangible, non-monetary factors that, nonetheless, could still influence the success of either partner, post-divorce.

But Wait… How is That Different from Community Property?

In contrast, the focus of a community property state is to divide marital property equally, meaning they don’t give as much deference to pesky annoyances like education or earning capacity. It’s just straightforward, and simple. Fifty-fifty.

This might sound like community property couples aren’t getting a fair shake, but keep in mind that (unlike Tennessee), these states typically have pretty generous alimony laws, so it usually ends up evening out nicely in the end.

Still, regardless of whether you are in an equitable distribution state, or a community property one, both have the same first step: classifying property.

How to Classify Property in Divorce: 101 Like his and hers towels, all the property, assets, and debt you accumulate while married will fall into one of three categories: mine, yours, or ours.

Anything that lands in the “yours” and “mine” pile is called separate property. These are things that one partner holds exclusive ownership over, and will leave with that partner, upon divorce.

Items in the “ours” category, on the other hand, are called marital property. These assets belong to both spouses, jointly, and will need to be divided when the marriage dissolves.

These labels are pretty important, because they essentially determine how much property there is to split, and how much you get to keep without a fight. Here’s how the courts figure out what’s what.

In Tennessee, anything acquired during marriage by either partner, is considered marital property.

This refers to more than just your paycheck, but also includes real property, businesses, investments, credit cards, loans—essentially any kind of increase or decrease to your family unit. Whatever it is, it belongs to both of you, regardless of whose name it’s under.

The logic behind this is, that if two individuals want to get married—and thereby, be seen as a single unit—then each partner should have an equal share in both the family’s triumphs and its hardships. This mentality is supported by equitable distribution, which theorizes that individuals shouldn’t be able profit, or be unjustly penalized, for getting married.

That being said, there are a few exceptions to the marital property classification.

In Tennessee, the following types of property belong solely to the individual:

While this might sound deceptively straightforward, consider this scenario:

Spouse A owns a house outright, prior to marriage. After their wedding, Spouse B moves in, where they live together for two decades. During this time, Spouse B pays for its upkeep. What type of property is this, upon divorce?

The conundrum posed by Spouse A and Spouse B is a common one. According to Tennessee law, separate property can actually change status if:

In the first, property is commingled. In the second, it is transmuted. In both scenarios, property changes from separate to marital through a situation of the couple’s own making.

As for our fictional couple, two decades of shared living and upkeep on Spouse B’s part make a strong argument that Spouse A’s house is no longer separate property. Rather, a judge would likely determine that the house had been both commingled and transmuted—commingled, because Spouse B mixed assets for its upkeep; and transmuted, because in making it their long-term family abode, the couple treated the house as marital property.

Hence, the house would most likely be subject to division as marital property, upon divorce. Once all of your property, debt, and assets have been properly labeled, it’s time to divvy up the goods.

In pursuit of this division, Tennessee courts will look at a number of different factors, including:

While Tennessee is one of the few states that still allows fault-based divorce, these findings have no bearing on the division of marital property. However, that doesn’t mean fault should be taken lightly.

In Tennessee, a finding of fault can have a significant impact on how much alimony you’re entitled to, and even influence decisions about child custody.

Avoid the Hassle, Get a Prenup

For couples who aren’t married yet, one way you can avoid the arduous process of dividing marital property, is to make a prenuptial agreement part of your wedding plans.

Prenuptial agreements (or “prenups”) can be used to protect business assets, keep property separate, and divide debt obligations, in the event of a future divorce. Acting as a kind of insurance policy, these pre-marriage contracts ensure that whatever relationship decisions you make as a couple—whether now, or in the future—are made with the right intentions at heart.

While the process of dividing marital property in an equitable distribution state might not be as straightforward as that in a community property jurisdiction, the outcome is almost always worth the added effort.

If you have more questions about how marital property is divided in Tennessee, we want to hear from you. Call the Byrd Law team at NUMBER, or contact us online, and let us help you reach the equitable division you deserve.