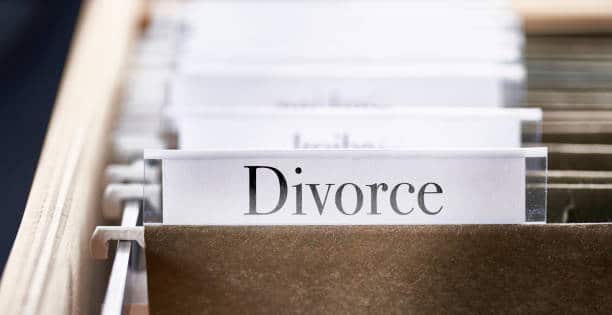 You’ve probably heard the phrase, “There’s more than one way to skin a cat.” While we aren’t sure why anyone would actually want to do that (skin a cat, that is), when it comes to divorce, the saying applies aptly. After all, marriage isn’t a one-size-fits-all situation, so why should divorce be any different?

While each type of divorce has the same end result (i.e.: no more marriage), choosing the right type of divorce is an important step in your marital breakup. Not only will it influence what procedural steps you’ll have to take, but it will also have a huge impact on time, expense, and your overall stress level.

Here’s an overview of the types of divorce offered in Tennessee, and how the Byrd Law team can help determine which one is right for you.

First up on our list is uncontested divorce (also referred to as an “agreed divorce” by Tennessee courts).

This type of divorce is undoubtedly the easiest and cheapest way to dissolve a marriage, because—as the name suggests—both spouses agree on all the terms. Hence, there’s really nothing to fight about.

That being said, not everyone can (or even should) try this method. In Tennessee, uncontested divorce is only open to couples who:

In addition, both must:

Couples in an uncontested divorce will also need to meet the standard residency requirements, as well as endure the mandatory waiting period.

As a general rule, uncontested divorces are usually only a good option for those who haven’t been married very long, or who have little to no assets or debt. 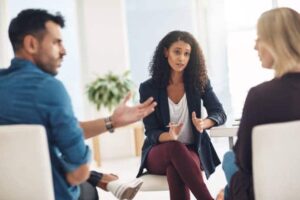 Couples who don’t agree on absolutely everything—but who still want to save time and money—need look no further than divorce mediation.

Mediation is an out-of-court resolution process, where both parties sit down with a licensed, third-party mediator to resolve things without judicial interference. This gives the couple more flexibility in drafting an agreement that meets their family’s needs, and is much less expensive and time-consuming than traditional divorce.

While mediation can be done with or without lawyers, it’s almost always a good idea to hire representation. Divorce law is complicated, and you don’t want your best interests to get sacrificed on the altar of resolution by a well-meaning mediator.

Because of mediation’s many benefits, most Tennessee judges will require it before allowing litigation. (Though, this requirement can be waived under certain circumstances).

There is no penalty if you can’t reach an agreement during mediation. However, if you can’t, you’ll likely have no choice but to proceed to trial.

Next up, is collaborative divorce, which, in a lot of ways, is like the glamorous, more sophisticated older sister of mediation.

Like mediation, this type of divorce takes place outside of court, and does not involve a judge. Unlike mediation, however, collaborative divorce is more formal, with some added structure and rules.

One of the biggest differences is that spouses in a collaborative divorce are required to have their own representation. In addition, each has to sign an agreement, which commits them to working in good faith to resolve matters without litigation. If either party pulls out of the process before a settlement is reached, then both spouses will be required to start over with new representation—a penalty that incentivizes both to reach a settlement.

Collaborative divorce is usually more expensive than mediation (since it involves lawyers, and often outside experts). However, as a general rule, it’s still cheaper than litigation. It also has added benefits of flexibility and faster results.

Out of all the types of divorce on our list, litigation is definitely the least savory, most emotionally toxic, longest lasting, and most expensive way to dissolve a marriage.

Divorce litigation (also called, an “absolute divorce” in Tennessee), involves the traditional court-judge-and-gavel trial that’s generally associated with “going to court.” It starts with filing the right paperwork, proceeds with discovery, and ends with trial and a divorce order (which you’ll have very little say in).

To initiate this type of divorce, you will need to:

Traditional litigation is a long, exhausting process, however, in some situations, it’s unavoidable. And ultimately, if divorce is the right choice for you, then it’ll be worth it in the end.

Default divorce isn’t so much a “type of divorce” as it is a “really bad decision,” and is usually the result of a grumpy spouse, who thinks they can thwart the judicial process by not engaging.

Unfortunately for these individuals, family law doesn’t work that way, and the state of Tennessee won’t force someone to stay married, just because the other spouse is unreachable or unruly. Instead, judges will simply file a default judgement, which essentially grants the petitioner everything they asked for in their original divorce petition.

In other words: you just let your ex dictate all the terms of your divorce.

Default divorce is not a place you want to be, and if divorce is that abhorrent to you, we suggest trying marriage counseling as an alternative.

Finally, we come to legal separation, which we’ve included very last, since it’s not technically a divorce—though it has a lot of similarities.

In a legal separation, couples live apart in accordance to the terms set down by their separation agreement. This document acts a lot like a divorce order, and dictates property, parenting and custody, and even alimony. However, unlike a full-fledged divorce, a legally separated couple is still (technically) married.

There are a number of different reasons why you might want to choose legal separation over an absolute divorce. In Tennessee, this arrangement allows couples to:

Tennessee courts sometimes call legal separation a “divorce from bed and board,” since it’s a break from living under the same roof, but not a complete severance. And whether this arrangement is right for you will really come down to personal preference, and your own unique circumstances.

Just as no two marriages are ever the same, so are no two divorces identical. And picking the right divorce for your situation will ensure that things run as smoothly as possible, and that your rights are being adequately represented.

If you have more questions about types of divorce in Tennessee, we want to hear from you. Call the Byrd Law team at (423) 304-6827, or contact us online, and together, we can figure out which dispute resolution is right for you.