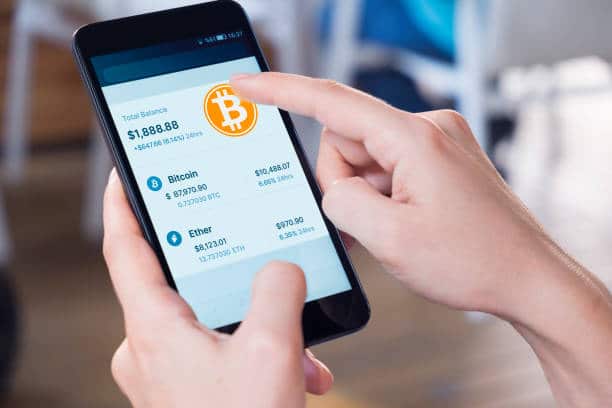 One of the most complex tasks of any divorce is dividing marital property. Between classifying assets, tracking down proof ownership, and arguing about a fair split, dealing with real world property is complicated enough without throwing cryptocurrency into the mix.

But what is cryptocurrency? How does it work? And—perhaps, most importantly—why is it so tough to divide during divorce?

Here’s what you need to know about dividing cryptocurrency during divorce, and how Tennessee courts handle the unique challenges posed by digital money in the modern era. 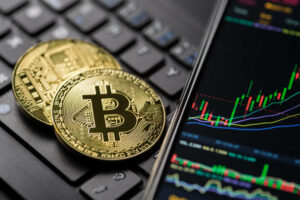 Cryptocurrency (also known as “bitcoin,” “digital currency,” or—our personal favorite— “magic internet money”) is a type currency that can be traded for goods and services online.

These transactions occur exclusively over the internet, meaning that you’ll never have a wad of cryptocurrency bills folded up in your wallet. Instead, the money exists inside a digital “wallet,” and is accessed by a private “key” and password (rather than your name). All sales and purchases are coded in a “blockchain” (a kind of digital ledger), whose information is decentralized, making the process more secure and anonymous for the user.

As outlandish as it might sound to buy and sell products with money that only exists online, cryptocurrency is actually a rapidly growing market. It’s faster than a bank transaction, avoids fees, can’t be inflated, and makes for a good investment.

That being said, like with all good things, cryptocurrency is also not without its downside.

As you might imagine, something as science fiction sounding as “magic internet money” is bound to have its cons, and cryptocurrency owners face some unique challenges with this payment system.

For starters, cryptocurrency values are constantly changing. A thousand dollars one morning can easily change to ten by nightfall, making it a fickle fortune—one whose true worth is difficult to peg down.

These payments are also non-reversible, and don’t have any built-in legal protections. Furthermore, cryptocurrency is not government-backed (because… you know… it’s not real), meaning that no one is going to help recoup losses if, say, the company suddenly goes bankrupt, taking all your hard-earned real-world money with it.

Still, with some street smarts and a little book savvy, most people can avoid the common pitfalls of cryptocurrency. Harder to avoid, though, are the headaches it can cause during a divorce.

On its face, cryptocurrency isn’t any different than any other type of marital asset. If classified as marital property, it will be divided between a divorcing couple using the same rules you would apply for any other piece of property.

For Tennessee residents, this means following the rules of “equitable distribution,” which focuses on dividing property fairly between partners, giving each an equal opportunity at success, post-divorce. Usually, this does not mean fifty-fifty, since—unlike with community property courts—judges under equitable distribution are allowed to consider intangible, non-monetary factors (such as education or independent wealth), when making a split.

Hence, knowing the exact value of a couple’s cryptocurrency portfolio is pretty important information for any judge trying to determine what an equitable split of marital property might be. Getting that information, however, is easier said than done.

Remember all those pros and cons we reviewed earlier? They’re about to become relevant.

The Problems with Dividing Cryptocurrency During Divorce

Part of what makes cryptocurrency so difficult during divorce is its nature. After all, trying to determine a fair split based on something that has an ever-shifting value can create some pretty obvious logistical hurdles. However, this isn’t even the worst of it, as the majority of cryptocurrency’s issues actually stem from one of its main pros: anonymity.

Cryptocurrency’s unique structure makes an individual account, its purchases, and overall value incredibly difficult to track—because, as we already said, wallets are identified by keys and passwords (not names). Hence, without the correct information, a wallet and its accompanying ledger is essentially invisible.

Unfortunately, you won’t be able to subpoena the records from the money’s institution, either, since a wallet’s blockchain is specifically designed to split up its data. This is called “decentralization,” where information is broken into sections (or “blocks”), which can’t be strung together in a “chain” without the right passwords.

Decentralizing a wallet’s blockchain like this gives users the power in every transaction (rather than a centralized corporation). However, it also makes it easier for a devious spouse to get away with undervaluing cryptocurrency during divorce—or, just hiding it altogether.

How to Deal with Cryptocurrency During Divorce 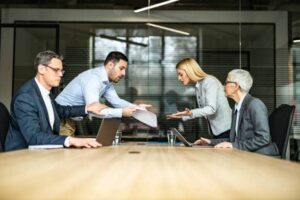 If you’re worried that your spouse might be hiding cryptocurrency from divorce court—even if you aren’t one hundred percent positive that the account exists—there are things you can do to help the court locate your marital property. For starters:

On the flip side, if you’re the one with the cryptocurrency account, it’s a bad idea to try and hide assets from the court.

Sure, tracking down a digital coin trail can be tricky, but nothing is impossible for a skilled finance guru, and the last thing you want is to suffer the consequences of previously undisclosed property.

Cryptocurrency might not have a physical form, but its effects on real world people are physical enough. And with the popularity of digital money on the rise, it’s more important than ever to make sure you have an attorney who can handle the complexities of this unique form of wealth during divorce.

If you have more questions about dividing cryptocurrency during divorce, we want to hear from you. Call the Byrd Law team at (423) 304-6827, or contact us online, and together, we can make sure your digital property is divided fairly.