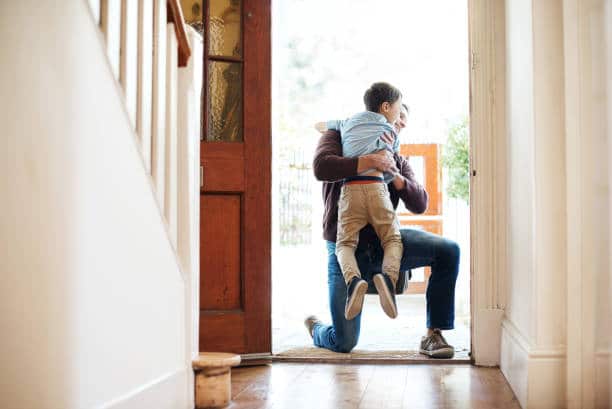 When parents get divorced, one of the most important things a judge will need to decide is how to divide custody of minor children. This includes both determining who will make decisions for the child, and where the child will spend their time.

Unfortunately, however, this doesn’t necessarily mean that parents will always get a fifty-fifty split—especially when it comes to time.

Between school and work schedules, a child’s best interest can’t always accommodate equal time with both parents. Because of this, Tennessee courts will often make one parent the child’s custodial parent (or, “primary residence parent”), while the other gets visitation.

Here’s what you need to know about how custodial parent decisions are made in Tennessee, and how the Byrd Law team can help you with your custody dispute.

In legal speak, child custody refers to the wide range of parental rights and responsibilities that an adult has to care for, and make decisions on behalf of, their child.

The division of child custody is most commonly associated with divorce; however, these issues are also relevant to unmarried parents, who may want to draft a parenting plan for their child. Custody might also come into play if there has been neglect or other family violence.

During a custody dispute, the various parental powers associated with custody are broken down into two main groups: legal custody, and physical custody.

Legal custody refers to the important right a parent has to make decisions on behalf of their child and to determine how they will be raised. 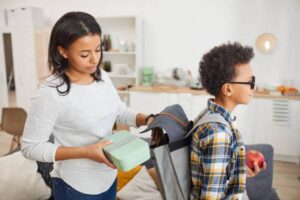 This includes everything from where the child goes to school, to medical and health care choices, extracurricular activities, and what social and religious customs the child will be exposed to.

On the other hand, is physical custody. This side of parental authority refers to where the child will live, and how their physical time will be divided between parents. In Tennessee, this allotted time is called “parenting time,” (also known as “visitation”).

In Tennessee, the two branches of custody (legal and physical) operate independently of one another, and are addressed separately, upon divorce.

To this end, your judge will have the discretion to award legal and physical custody either to one parent, alone (called “sole custody”) or to both in shared authority (known as “joint custody”).

Few relationships are held in higher regard by Tennessee courts than that which exists between parent and child, and your judge will not remove legal authority from either parent unless absolutely necessary.

Hence, barring any unusual circumstances (such as abuse, neglect, or domestic violence), you’ll likely end up sharing joint legal custody with your ex.

Things aren’t quite so straightforward with physical custody. Because, unlike legal authority—which does not require a parent to occupy the same space as their child in order to exercise—in-person face time is a little more critical for physical custody.

Tennessee courts have long held that a child’s best interest is served when allowed to have a relationship with both parents, and that can’t happen if one side doesn’t have access. That’s why courts will strive to give both parents as much time as possible with their child—however, this doesn’t mean your shares will always be equal.

As great as it would be to divide your child’s time perfectly even, this usually isn’t feasible. Especially when you factor in competing work schedules, school calendars, travel times, childcare needs, and extracurricular activities. And with so many competing demands, dividing an equal split can be extremely difficult (though, technically not impossible).

In these situations, the judge will need to make one parent the “custodial parent,” while awarding the other ample parenting time in the form of visitation.

Custodial Parent: Where Will My Kid Live? 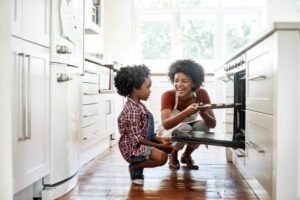 In layman’s terms, a “custodial parent” is the one the child spends the most time with. This person is the child’s primary residence and is in charge of meeting most of the child’s day to day needs, including:

According to Tennessee law, you are your child’s custodial parent if you spend more than fifty percent of the parenting time with your child. (However, you are still considered to have joint physical custody if the division is above a 30/70 split.)

When determining which of you will be the custodial parent, courts do not look at what’s “fair” for the parents. Instead, the decision is made based on what outcome will serve your child’s best interest.

Unfortunately, there’s no quick and easy formula for determining a custodial parent. Instead, the court will weigh a number of different factors, to determine what arrangement will serve your child’s short and long-term needs the best.

Some of these factors will include:

In addition, your judge will be allowed to consider your child’s preference if they are at least twelve years old. (However, as a general rule, the older they are, the more weight their opinions will be given.)

After weighing all these needs, preferences, and facts against each other, your judge will decide who the custodial parent is, based on what scenario is most likely to serve your child’s best interest.

Since raising a child is so expensive, non-custodial parents are almost always required to pay child support. These funds are meant to offset any financial imbalance that a custodial parent incurs, and ensure both parents are legally and fiscally responsible for meeting their child’s needs.

In Tennessee, child support varies from case to case, and is dependent upon the combined income of both parents, how many children they have, and how much parenting time each spends with their child.

If your division of time is exactly fifty-fifty, then it’s possible neither of you will be required to pay child support.

If you have more questions about custodial parents in Tennessee, we want to hear from you. Call the Byrd Law team at (423) 304-6827, or contact us online, and together, we can help ensure that the right decisions are made on behalf of your child.