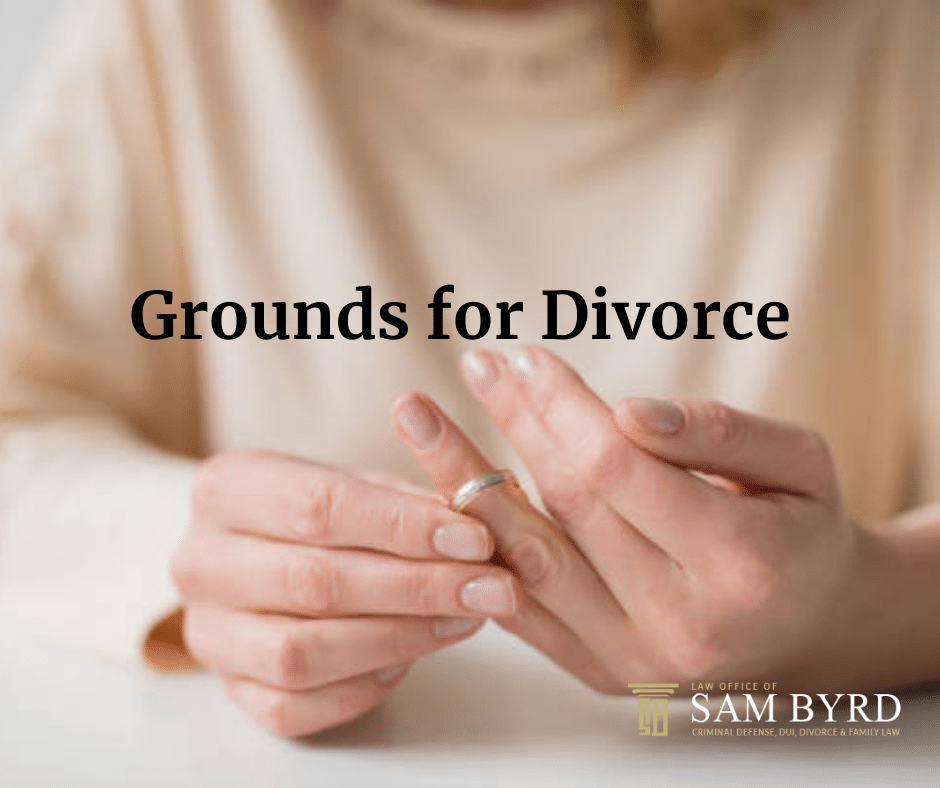 In the United States, there are two types of divorce: at fault, and no-fault. One process attempts to lay blame, while the other allows couples to go their separate ways without holding either party accountable.

Fault and no-fault divorces are triggered by what grounds you list in your divorce complaint. These grounds are a required part of filing for divorce, and will ultimately play a huge role in setting the tone for your breakup.

Here’s what you need to know about grounds for divorce in Tennessee, and how the Byrd Law team can help you determine which type is right for you.

In legal speak, the “grounds” of a lawsuit essentially tell the court why you want a divorce. They are a crucial part of setting the tone for your divorce, and must be listed in your divorce complaint.

A divorce complaint is a legal document that notifies the court that you want to dissolve your marriage, and asks for their help in achieving that end. Without grounds, your divorce complaint will not be valid, and you’d have to rectify that error before moving forward in the process.

“But why are grounds so important?” you might be wondering. It’s a fair question; after all, why should the court care who you’re romantically involved with?

Why Grounds Are Important

The truth is, Tennessee courts don’t care who you’re romantically involved with. They do care about contracts though, and—in case you haven’t realized it, yet—that’s exactly what marriage is: a contract.

Unlike a boyfriend or girlfriend, with whom you can casually hook up and part ways with whenever you want, marriage is much more formal. This relationship status comes with a contract, legal protections, and benefits (such as tax write-offs and a presumption of parenthood)—things that casual partnerships lack.

As a result, getting divorced is about more than just moving on, romantically. Here, there are legalities to sort out, including the division of jointly held marital property, the assignment of alimony, and determining the custody of any shared minor children. This process requires a lot of legal effort, so the court wants to know the basis for all that work, before you break your contract.

Depending on your jurisdiction, grounds can also act as a notification to the court. It lets them know whether or not blame is at play in your divorce, and alerts the judge to be on the lookout for fault.

Grounds for Divorce in Tennessee 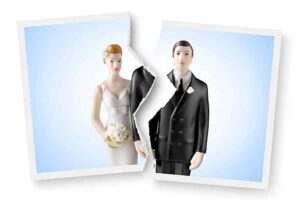 Back in days gone by, all divorces required a showing of fault. In our modern era, however, most have done away with fault, altogether. In fact, Tennessee is one of only nine states that still allows couples to file for fault-based grounds.

Out of Tennessee’s fifteen grounds for divorce, two initiate a no-fault divorce, while thirteen trigger fault-based proceedings. Here’s a closer look at each.

In a no-fault divorce, judges are not allowed to consider blame—which doesn’t necessarily mean there hasn’t been any wrongdoing. It just means that the parties are choosing to ignore fault, in order to focus on the logistics of breaking up.

The two grounds for no-fault divorce in Tennessee are:

No-fault divorces can be uncontested or contested, and can usually be solved through either mediation or collaborative divorce, with no need for litigation.

Fault Based Divorce Grounds in Tennessee

On the other side of the spectrum, are fault-based divorce grounds, and in these divorces, judges are allowed to consider guilt and assign blame.

In Tennessee, the thirteen grounds for an at-fault divorce include:

Grounds from this list will trigger a fault-based divorce and allow judges to consider the “guilt” of one party or the other in causing the marriage breakdown. If upheld, these claims can significantly impact certain areas of your divorce.

How Fault Can Impact Your Tennessee Divorce

Unlike other fault states, Tennessee courts are not allowed to skew the division of marital property or debt during a fault-based divorce. Where property is concerned, the only thing judges can do is require a spouse to repay any money they spent on their wrongdoings, before making a division.

Fault’s biggest impact on a Tennessee divorce is in the areas of alimony and child custody. In Tennessee, a spouse whose cheating ways caused the marital breakdown might be required to pay a much greater amount in alimony, in order to compensate for that fault.

Furthermore, since all custody decisions are made according to the best interest of the child, any fault that harms a child in some way could seriously impact how legal and physical custody gets divided between parents.

Just Because You Can, Doesn’t Mean You Should

Of the two, no-fault divorce is by far the most common type of filing in Tennessee. However, that doesn’t mean that there wasn’t any fault involved in these breakups. It just means the couples chose to ignore that fault. And why, you might be wondering?

Because—like with many things in life—just because you can do something doesn’t mean you should.

Fault divorces are, by nature, all about assigning blame. This is almost guaranteed to stir up anger, resentment, and a hotly contested, emotionally toxic divorce trial. In addition, the added time it takes to sort through all that mess means your divorce will take longer, and be more expensive as a result.

Hence, even if there is fault in your breakup, it doesn’t always make sense to file that way. Because while we can’t guarantee that a no-fault divorce will always be simple, we can assure it’ll be much easier than pointing fingers.

If you have more questions about grounds for divorce in Tennessee, we want to hear from you. Call the Byrd Law team at (423) 304-6827, or contact us online, and together, we can help you figure out which grounds for divorce are right for your situation.